We had recently the opportunity to import and test some GREYP e-Bikes.

Here is everything you need to know before buying one of their electric mountain bike. Our exclusive GREYP G6 test.

THE CONSERVATIVE GEOMETRY OF THE FRAME

Greyp G6 e-MTB present a very tradicional frame geometry. The Head Office in Croacia pretends that their bicycle are designed for beginners and no enduro riders. They assume this philosophy.

Our point of view regarding GREYP G6's geometry

With a very short reach (435 mm in size L meanwhile any other brands presents at least 480 mm reach) and a high seat tube, forget about technics downhills. G6 models are unconfident and even a beginner will immediatly have doubts if he tries riding any other e-mountain bike.

POSITION OF THE BATTERY

The battery of GREYP G6 is external, sitting right up the engine. With a 770 watts capacity, it weights a heavy 4 kilos. Greyp Head Office says it is easy to switch / replace battery on the go.

Our point of view regarding the position of the battery

It is nice offering such capacity (770 watts VS 500, then 625 and nowadays 750 watts Bosch Powertube batteries); the downside is that center of gravity is far too high, offering a lake of confidence and slugish character.

As you can see on Greyp official website, our main argument is : Connected e-Bike. On G6 eMTB, you get : USB port to charge external device, OTA firmware update, up to 160 mo / month 3G Internet Data with eSim, Heart rate strap, 2 HD cameras...

We have never seen such a disaster. We spent hours trying to fix bugs, avoid water to enter into USB port, pairing the bike with our Android smartphone,...etc.

Our point of view regarding G6's components

We can say thank you to Greyp offering so nice components; but almost all of same are dated, old-fashion. Lets be more precise : the handlebar is a very narrow 720 mm while all-mountain modern bicycle offer at least 760 or 780 mm wide;  rear derailleur is a Sram Ex1 offering only 8 speeds VS 12 speeds for all the competitors; worst about wheels : 27.5"+ VS 29 inch for competitors.

OTHERS POINTS OF OUR GREYP G6 TEST

Engine plastic protection is too weak

Chain stucked out of its normal path 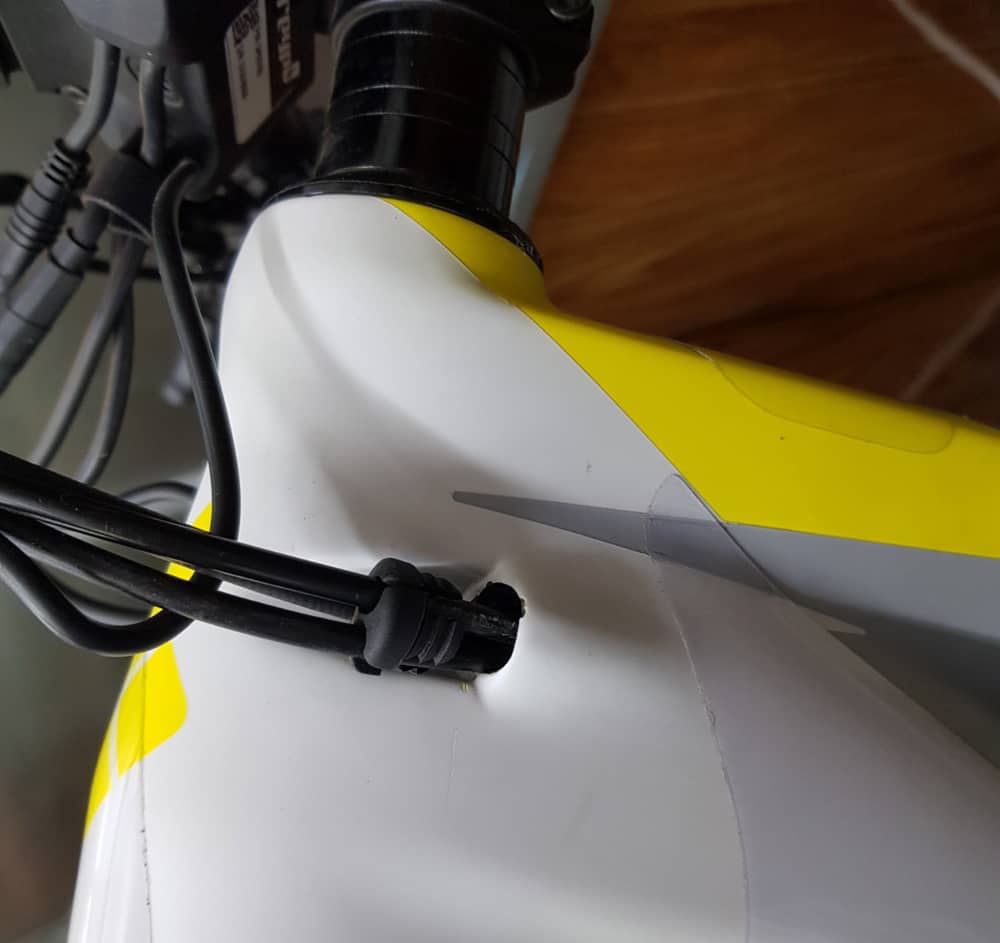 Cable routing can be better

It is nice from Greyp engineers launching a new brand and some innovations (mainly the Electronic part of the bicycle). But why do they use their customers as Beta testers while they just want to ride their bicycle every sunday without headache.

Do not be foul by some gadgets you are mostly not going to use on the move.

Testing and launching a new product takes time. Acting as fast as Greyp has done seems to turn them into opportunistic people trying to make money on the early 2020's bike industry boom.

In this context, better considering another option.

Save products on your wishlist to buy them later or share with your friends.